In our last article we revealed you some of the best sailing destinations in the world. If you’re still dreaming of a vacation that includes feeling the wind in your hair and the spray of the sea on your skin while enjoying magnificent scenery, get ready to pack your bags. Our Best Sailing Destination TOP TEN offers the opportunity for the ultimate sailing escape! 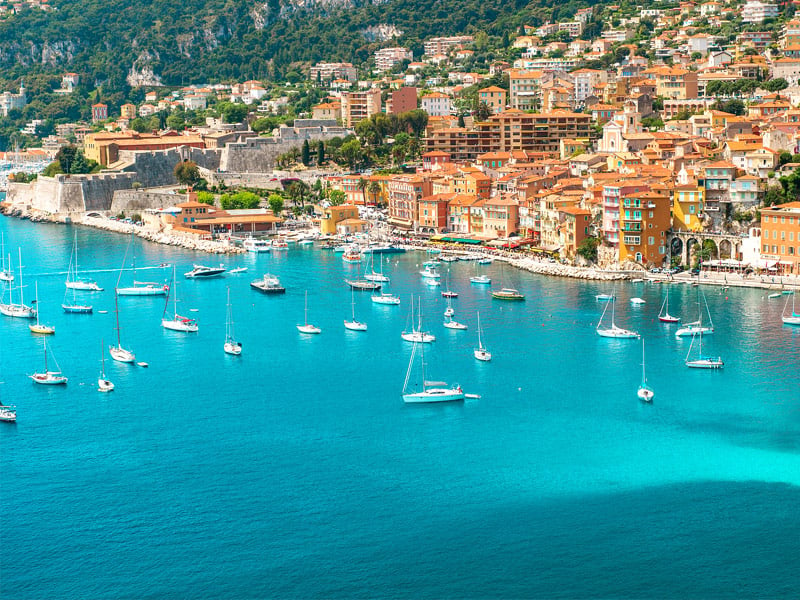 You’d be hard-pressed to find a more romantic spot to sail than the French Riviera. This stunning Mediterranean coastline along the southeast corner of France is packed with magnificent beaches, rocky inlets and unspoiled islands along with glitz, glamor and celebrity scandal. The large cosmopolitan resorts of Nice, Saint-Tropez and Cannes feature everything from hedonism aboard monumental yachts to billion dollar estates. If you don’t have the big bucks of a royal or a rock star – or, happen to be friends with one, you can always head to Marseille, Cannes or Antibes and hire a set of sails. 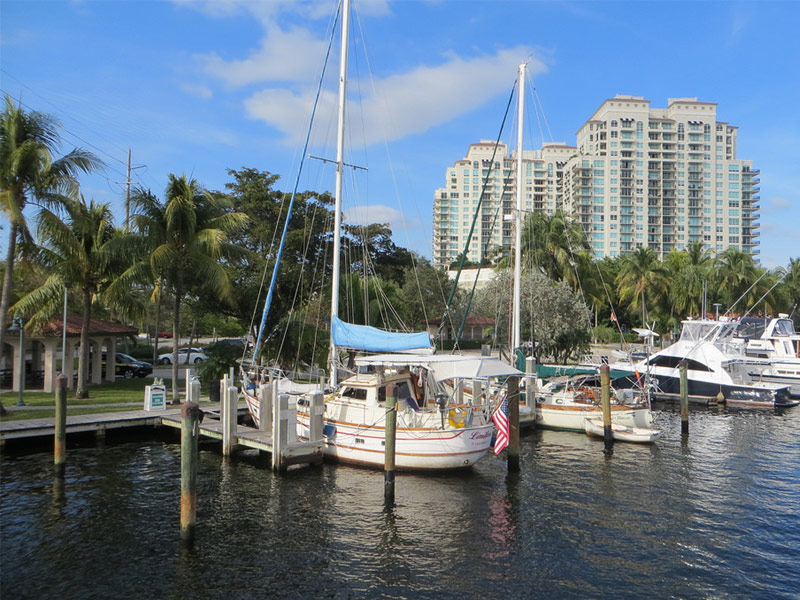 With over 300 miles of waterways and more than 40,000 resident yachts, it’s really no surprise that Fort Lauderdale has been nicknamed the “Venice of America.” It not only borders the Atlantic, but it’s crisscrossed by the Intracoastal Waterway as well as a number of rivers, several lakes and hundreds of canals. This boater’s paradise also hosts the annual Fort Lauderdale International Boat Show, one of the largest of its kind. Whether you’ve got an extravagant yacht or an average-sized boat, Fort Lauderdale has something to offer – and, just about everything in the city is accessible via the water. 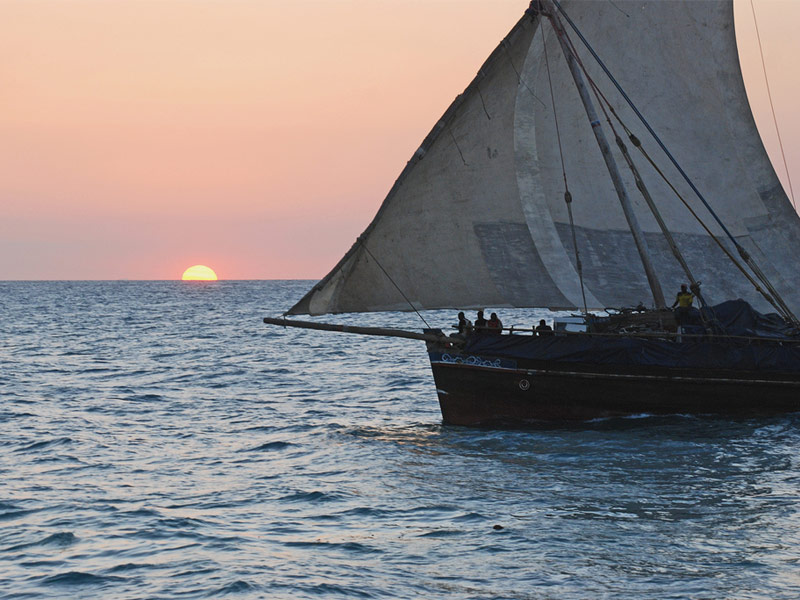 Zanzibar, in the Indian Ocean off the coast of Tanzania, offers the chance to travel back through time, experiencing the ancient kingdom of Persia with Zanzibar once serving as a trading post for the Arab world as well as the chance to buy packets of saffron, coffee seasoned with ginger and cinnamon bar as well as fragrant vanilla pods. Of course, sailing through the surrounding turquoise waters and stopping at picture-perfect beaches are the trademarks of a Spice Island vacation. Cruising aboard a tradition dhow, an ancient Arabic sailing vessel, is one of the best ways to explore the region. Catch glorious sunsets from the deck and make stops for snorkeling or diving, with the average year-round water temperatures of slightly over 80 degrees Fahrenheit. 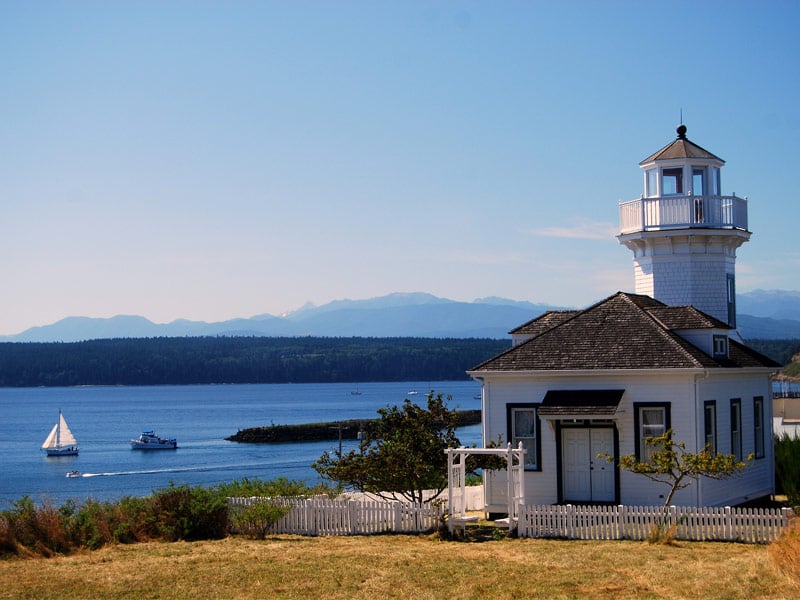 Surrounded by water on three sides, with the spectacular Olympic Mountains providing a dramatic backdrop, Port Townsend is the ultimate place for sailing, boating and water sports of all types. Washington’s Victorian Seaport & Arts Community is situated right on the Strait of Juan de Fuca, meaning there’s almost always wind that provides ideal conditions for sailing. The region is also home to a wide array of marine life, including various types of whales like orcas, minke and gray whales as well as porpoise, otters, sea lions and harbor seals. 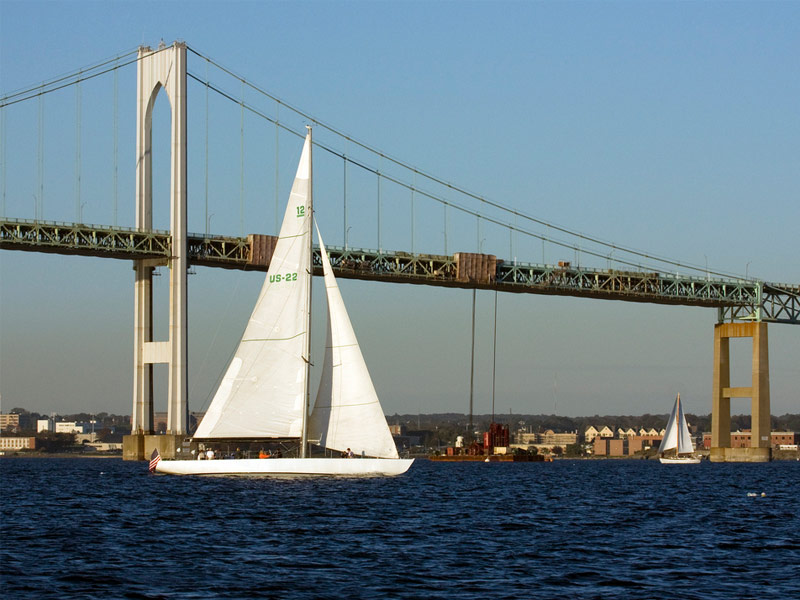 New England offers all sorts of great seaside boating scenes, but Newport is surely one of the best as one of America’s premier yachting centers. After all, it is known as the “Sailing Capital of the World,” and washome to the America’s Cup for half a century with some of its winners offering the chance to charter a cruise on. The picturesque city attracts boaters from across the globe with its beautiful beaches and New England charm. Third Beach Newport is the best there is when it comes to easy access to sailing the sea, the ease of launching and ability to park near your boat. It’s also the home of the legendary New England Laser Masters Regatta. While you’re here, don’t miss touring the Newport mansions as well as the harbor and Narragansett Bay. 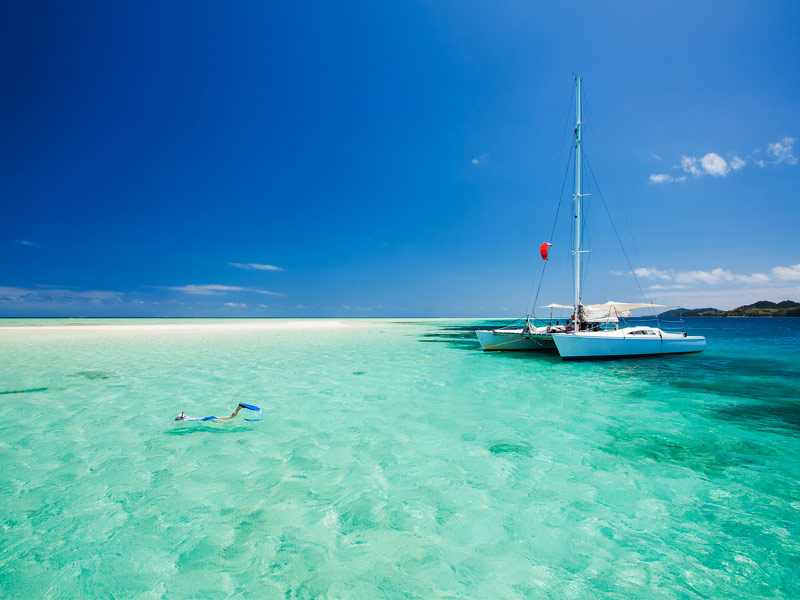 French Polynesia is made up of five main groups of islands, including Tahiti, a landscape of jagged volcanic peaks dotted with lush vegetation and spectacular waterfalls. The islands offer an alluring mix of beautiful lagoons, traditional culture and exotic marine life, with lots to explore on land as well as at sea. This is truly the place that stereotypical ideas of a tropical paradise come from. The islands that are scattered across a massive expanse of the South Pacific stretch for over 770 miles, an area about the size of Western Europe. There are numerous options for islands on which to base your trip, including Raiatea, the ideal starting point for an unforgettable Tahitian sailing adventure for discovering the Society Islands, which also include Tahiti as well as Moorea, Bora-Bora and Tahaa. 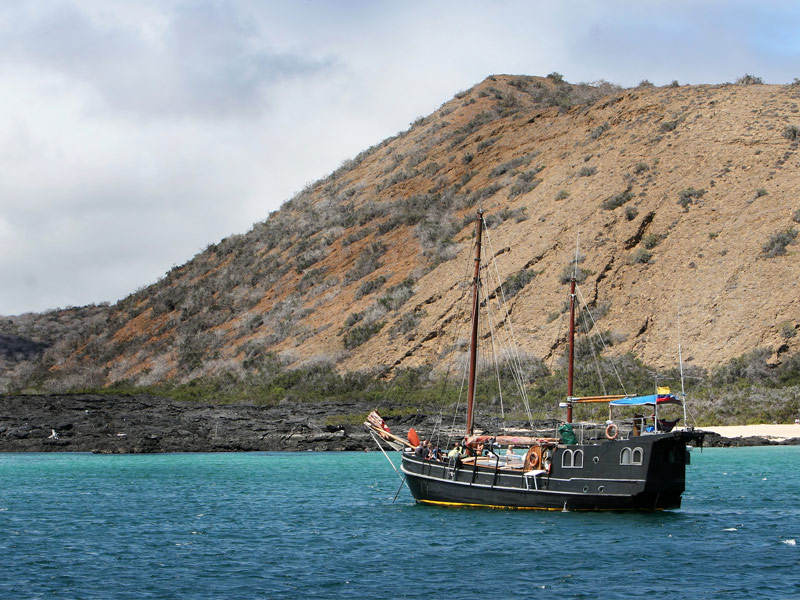 This famous but tiny archipelago of islands in the eastern Pacific Ocean is remote, though it entices people from all over the world to see its legendary abundance of rare wildlife from blue-footed boobies and giant tortoises to penguins and sea lions. Demand for berths here is heavy, making expedition cruising the best way to explore the 19 islands while boning up on Darwin’s theory of evolution. For a once-in-a-lifetime experience, fly in and take a week-long cruise, living aboard a boat. Snorkel or dive by day while sailing around the volcanic archipelago, occasionally coming ashore to play among the astounding wildlife. 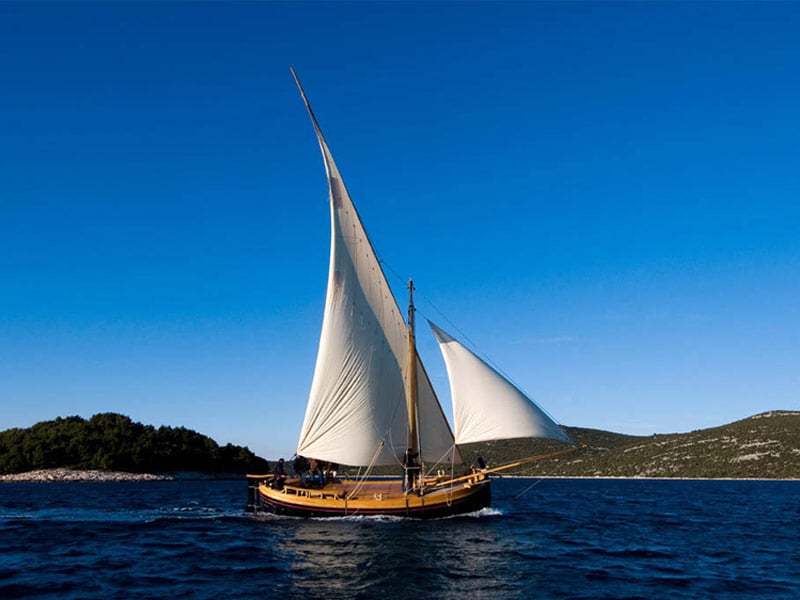 Sometimes referred to as the “new Riviera,” Croatia has become an increasingly must-go destination for all types of travelers, but there is really no better way to experience it than upon the crystalline Adriatic, where the sun is almost always shining brightly and its tranquil waters gently lap more than 1,100 miles of coastline, including no fewer than 1,185 islands. That’s a lot of coastline to explore, which includes practically an endless number of picture-perfect beaches, lush green slopes and some of the most charming towns in all of Europe. The most popular spot to dock is at the island of Hvar, filled with well-heeled yachtsmen types. Be sure and explore the hidden coves, traditional fishing villages and remote island groups like Elafiti and Kornati too. 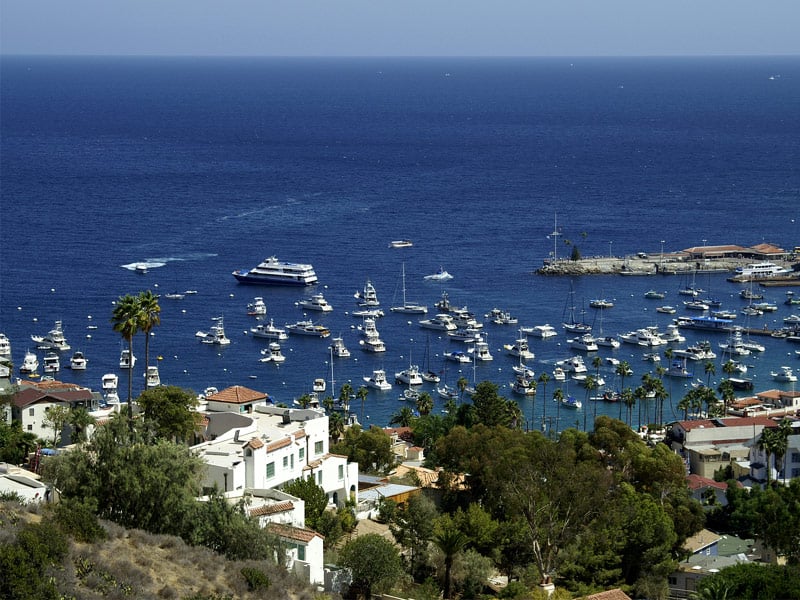 Catalina Island, located just 22 miles southwest of Los Angeles, is a boating paradise. Divers, sailors and all types of other visitors love it for its close proximity to the mainland, yet with the feel as if you’re worlds away from the chaos of the city. The clear waters off the island are filled with an abundance of marine life as well as sunken ships and even a plane wreck. For those that prefer to stay atop the water, or explore both options, you’ll find many different ways to do just that, including everything from glass bottom boats and charter yachts to open ocean rafting, sailboats and more. You’ll also discover a big boating scene at Two Harbors, a small village home to lots of coves that provide moorings and anchorages. 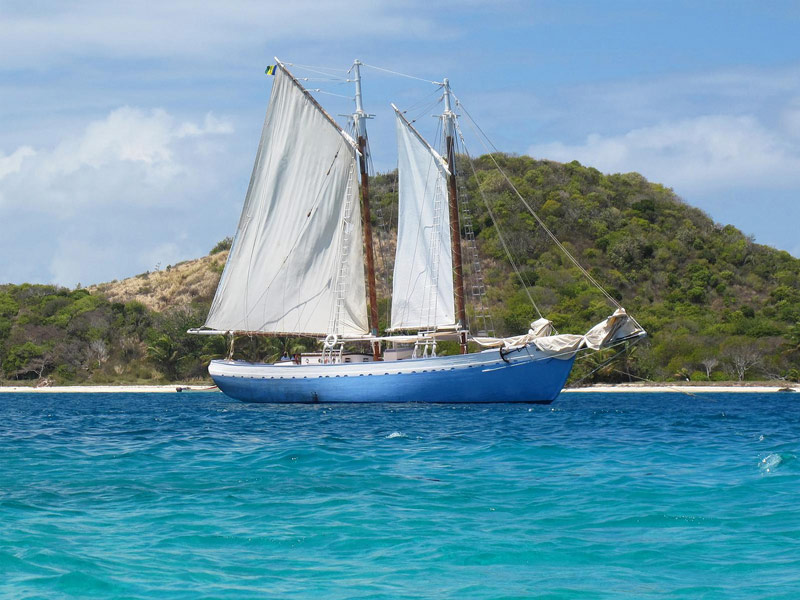 The “Spice Islands,” as the Grenadines are sometimes referred to, are a chain of 32 picturesque islands sprinkled across 60 miles of the southern Caribbean in the West Indies, offering a perfect blend of dramatic landscapes, culture, abundant marine life, friendly people and unspoiled white sand beaches. Known as some of the world’s greatest sailing waters, you’ll find the ideal sailing conditions and lack of crowds make it one of the best spots for a vacation on the water. Bequia, in particular, has been a favorite destination for seafarers for centuries. If you want to charter a boat, you’ll find a number of options in Port Elizabeth, along with scheduled and private boat excursions. There are also several crewed and bareboat sailing options, from the simply outfitted and reasonably priced to the expensive and luxurious.